The village of Korzkiew, whose name, according to the famed 19th c. scholar, Dr Tomkowicz, derives from the Old Polish word for a wooden spoon or a trowel (from the shape of  the meander carved in solid rock by the River Korzkiewka), is already mentioned in the 14th c. Heirs of the nearby village of Przybysławice sold ‘montem qui dictur in vulgari Korzkyew’ (a mountain which was called by the vulgar name Korzkyew) to one Jan ‘haeres de Srokomlya’ (this was indeed the name of one of the oldest Polish court of arms – Syrokomla). The next heir of Korzkiew, the knight Zaklika de Corzekwa, mentioned in 1389, was quite an adventurous man; chroniclers also note that his son, the deputy judge of Krakow, took part in the great battle of Grunwald (1410), where the Polish-Lithuanian forces defeated the  Teutonic Order. Most likely Zaklika built the first castle in the form of a residential tower; however his descendants sold it at the end of the 15th c. to a wealthy Krakovian burgher family Krupek (a name that literally ‘Small Buckwheat Grain’). At the end of the 16th c. the castle witnessed a battle between the supporters of Maximilian Habsburg, who intended to seize the Polish throne, and the forces of the powerful Zamoyski family. Korzkiew castle changed its owners several times– from Ługowskis to Zborowskis and to Jordans (who hosted here the then King of Poland, August II) and finally to the Wodzicki family in the late 18th c. In the times of the Ługowski family, the Gothic residential building was enlarged and adorned with fine Renaissance stonework and – as Tomkowicz wrote – was ‘a manoir of a cultured Polish 16th c. family’. The gate building was also erected. Further conversion took place in 1720, when the main entrance loggia was added. Following the partition of Poland at the end of the 18th c, Korzkiew fell into the Russian empire  (despite the proximity of Krakow, which lay in the Austrian part). Some battles of the January Uprising of 1863 took place nearby. Due to the sad condition of the medieval castle, the Wodzickis built the aforementioned wooden manor (in late 18th c.,) where they lived; they also founded the English-style park. Later the uninhabited castle fell into ruin. Listed in 1932, it underwent an architectural survey in the late 1960s. Current reconstruction is based on historical and architectural research by the architect W. Niewalda and his team, and led by Mr Jerzy Donimirski. Plans, drawings and further info are available at: www.korzkiew.pl

The castle at Korzkiew has a picturesque setting on the rocky hill above the small River Korzkiewka, only 13 km from the centre of the old Royal and Capital City of Krakow.  Korzkiew is certainly a very unusual place, even if there are many castles in the region.  Indeed there is a whole chain of 17 medieval castles, known under the poetic name of Szlak Orlich Gniazd – the Trail of Eagles’ Nests, if you please. They are all located in the Jura region, a scenic part of the Krakow-Częstochowa Upland, and were mostly constructed in the 14th c., during the reign of the King Casimir the Great. Some of the castles were built en lieu of the older, wooden-earthen burghs (as was the case in Lipowiec, the imposing castle of the Bishops of Krakow), and some were erected later of local limestone (Ogrodzieniec, the most splendid residence of all), but they all defended the once north-western border of the Krakow domain.

Virtually all the castles are ruins today – save for this one and the nearby Castle of Pieskowa Skała (now a branch of the Royal Castle Museum, and well worth a visit if you have time). Korzkiew Castle, the history of which – briefly described below – perfectly mirrors the tumultuous history of Poland, is now being rebuilt by the descendant of one of the former owners. Mr Jerzy Donimirski, who acquired the ruined edifice in 1997, started a very ambitious reconstruction programme. An architect himself, he gathered a dedicated team of experts and – with a fantasy that is typical of the Polish nobility – set off to convert the ruin into a luxurious hotel with splendid banquet halls. The hotel part in the castle’s gate tower (15th c.) has four chambers. Banquet halls, which are located in the Gothic-Renaissance residential building, the oldest part of the castle, offer fantastic spaces for all kinds of receptions. They are especially valued as a perfect place for weddings. Further plans foresee the full reconstruction of one more corner tower and the entire perimeter wall, as well as the reconstruction of the wooden manor house, manorial buildings (inn, brewery) and ponds that were once set in the 19th c. landscape park at the foot of the castle itself. The entire layout shall serve as the Korzkiew Cultural Park. 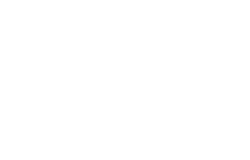